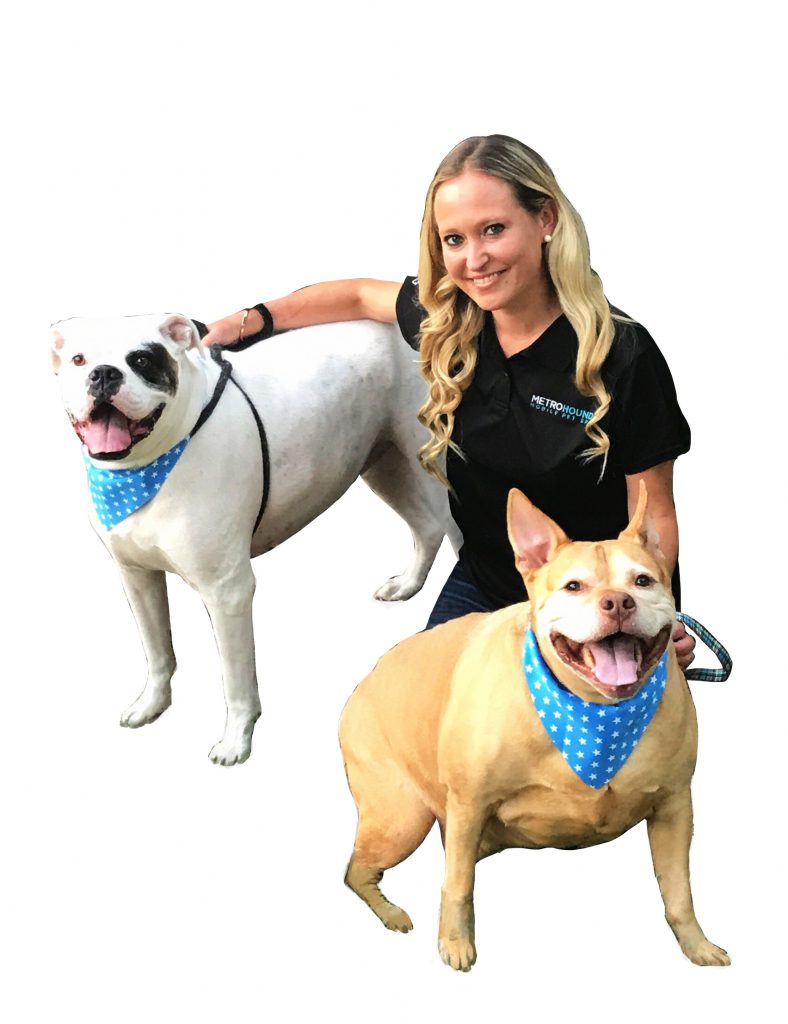 Katie has been around pets and the pet industry her entire life, having run a pet-sitting company, worked in a pet-treat bakery and volunteered at the French Bulldog Rescue Network.

A lifelong North Carolinian (Katie moved to Raleigh in 2014), she graduated from UNC Wilmington with a BA in Communication Studies.  She has two dogs – a Pitbull (Nugget) and an American Bulldog (Otis) and two cats – Dillon and Peaches. 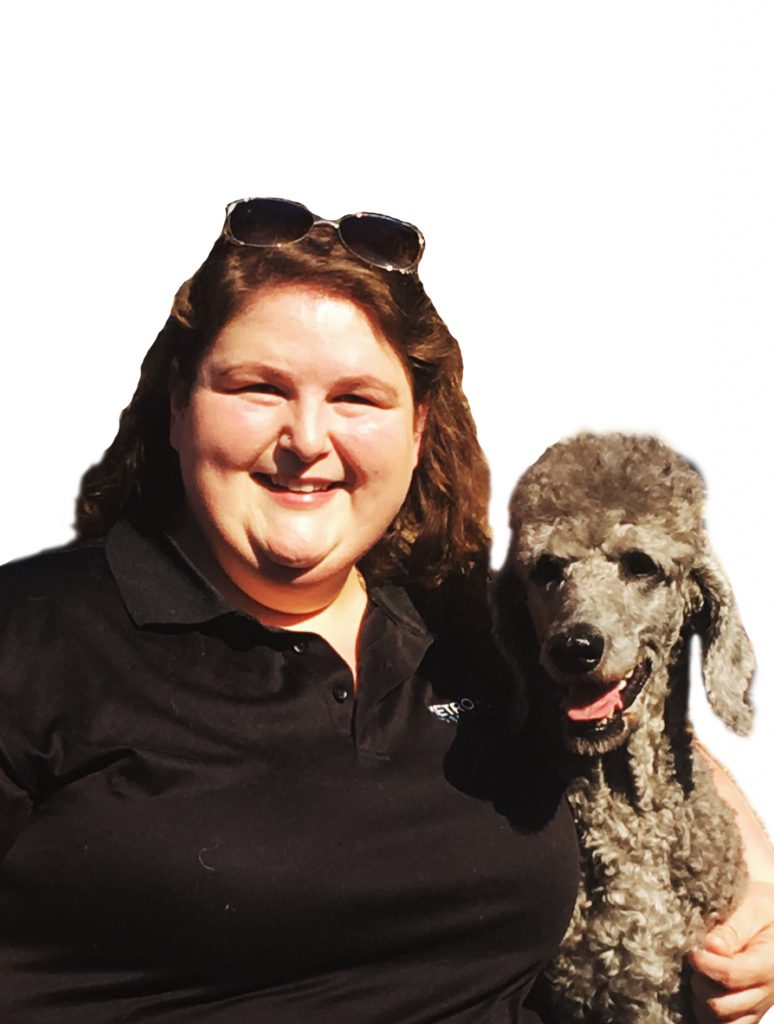 MetroHound’s lead groomer, Kristen specialized in zoonotic disease and immunology while at NC State where she learned the trade of grooming while in her senior year.  She was able to apprentice with award-winning show handlers and breeders of Bichons, Poodles and Terriers and began her competitive grooming career in 2009 with her Scottish Terrier, McDuff.  Since then, Kristen has become a multi-award-winning competitive groomer. In 2012, she was nominated by her peers and competitive grooming judges for Barkleigh’s Best Up and Coming Groomer of the Year.  In 2013, she was invited to join GroomTeam USA, which honors the ten best groomers in the country. Kristen plans on continuing to groom competitively, as well as travel as a speaker and clinician for national trade shows and workshops.

Originally from Charlotte, NC, Kristen moved to Raleigh area in 2001.  She is owned by her four dogs, ranging in size from her show Bichon Frise to her lovable Cane Corso. 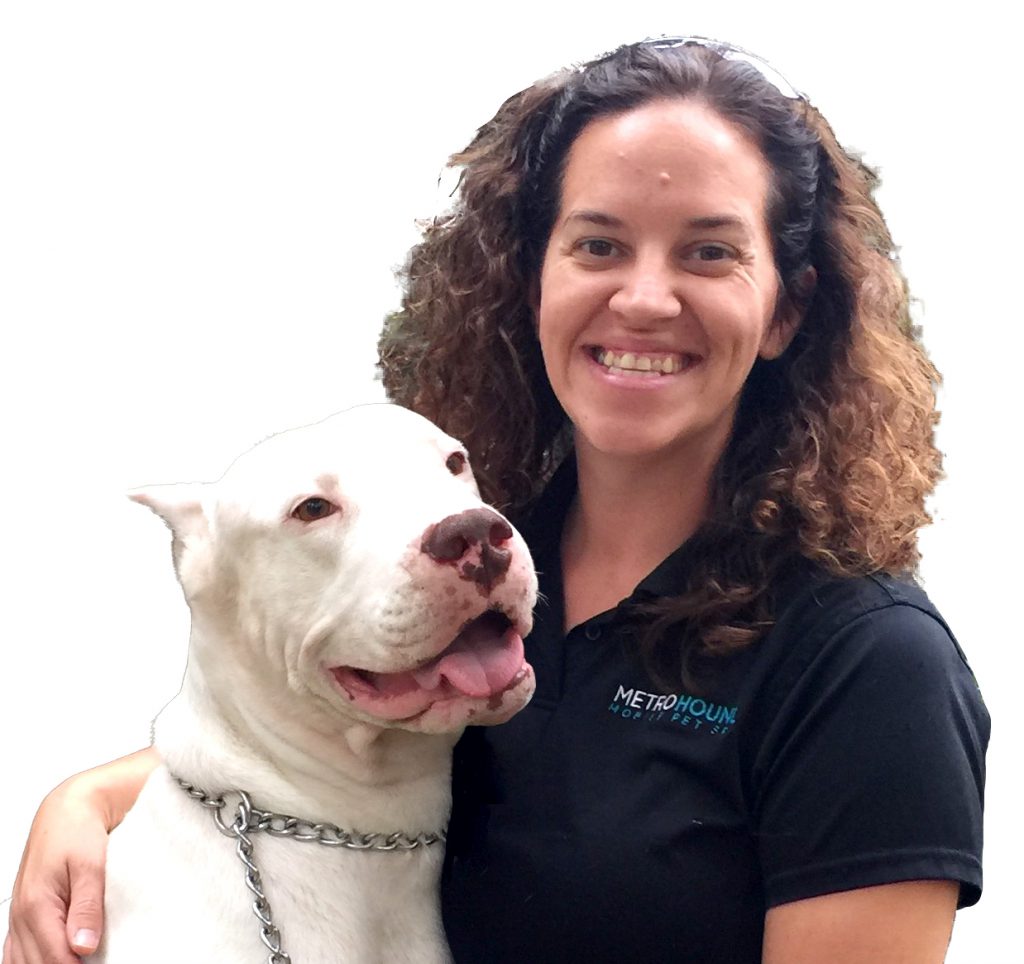 Leigh has had a life-long passion for animals and has worked for several equestrian centers and pet stores since she was a teenager.  She has been involved in the grooming industry since 2007 and most recently was the resident groomer at an animal hospital where she honed her skills and learned how to groom extremely anxious and aggressive pets.

Leigh is a Raleigh native and is proud to live and work in the community.  In addition to her husband and three children, Leigh also shares her home with her dog Zeus. 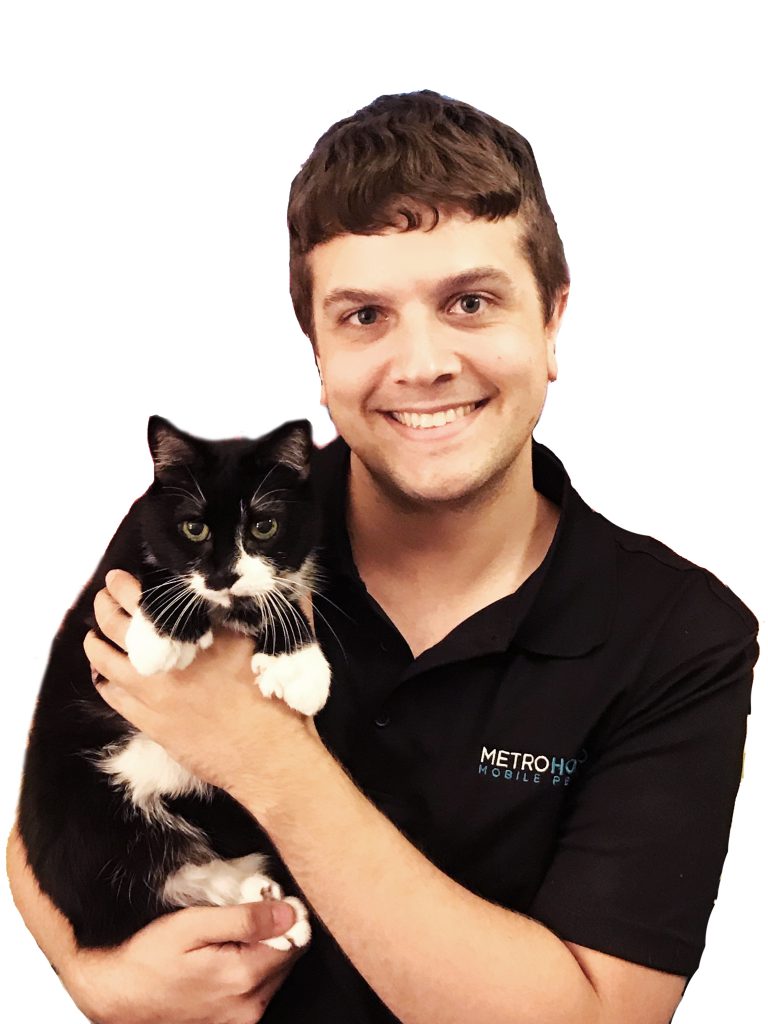 One of MetroHound’s most popular groomers, Jeffrey is best known for his gentle nature and touch with his four-legged clients.  He also specializes in larger breeds.

Jeffrey graduated from NC State in 2014 with a Bachelor of Science in Animal Science and has lived in the Raleigh area since 2009.  Jeffrey shares his pad with his cat Mittens. 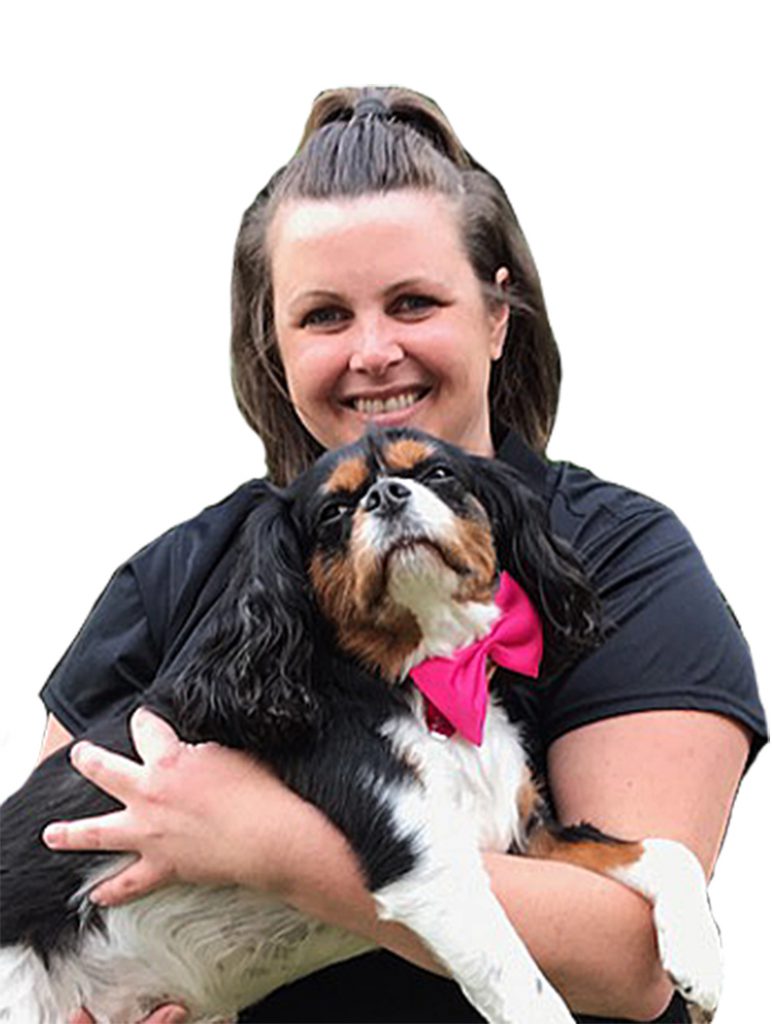 Kelly began her grooming career in 2003 and is one of MetroHound’s most experienced groomers.  She received her degree from the prestigious Paragon School of Pet Grooming where she was certified as a Master Groomer.

Kelly moved to Raleigh in 2009.  In her spare time, she hangs out with Delia, her Cavalier King Charles.